I’ll never forget my excitement when I saw my first zebra. Randomly, he was in a field surrounded by 150+ sheep; I wondered if Marty (from Disney’s Madagascar) had moved to the mainland. I thought this was African safari. 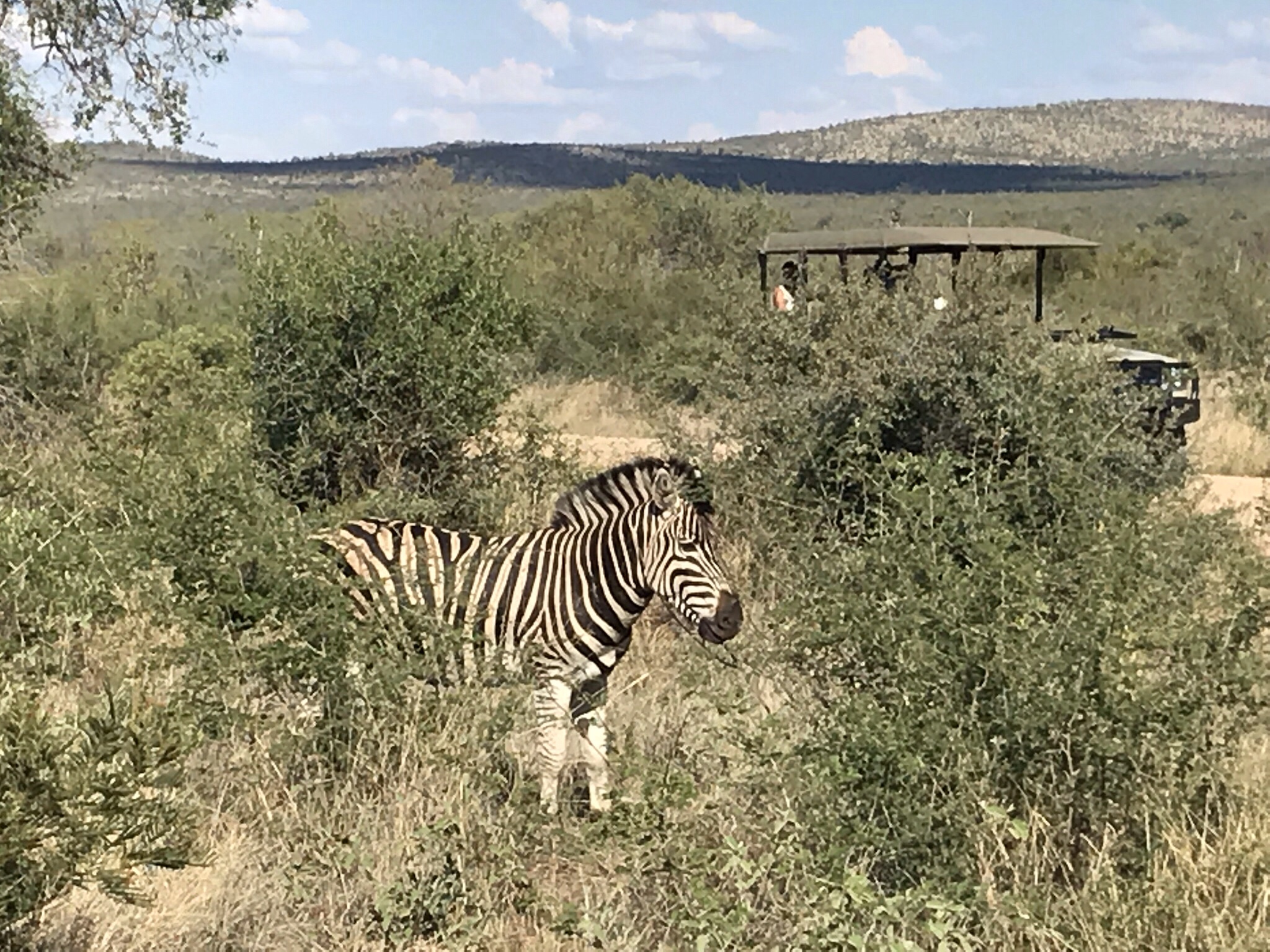 Well, I was in for an experience in the bush that I could not have imagined.

Four days in Madikwe Private Game Reserve was a truly heart-opening experience. Safari had been on my bucket list since watching Elsa in “Born Free” back in the 1970s.

We were a group of five traveling together from Johannesburg to Morukuru Farm House. Liz, Margaret, Victor, Doug and I set out for Madikwe with a healthy picnic and excess amounts of wine gums and licorice all sorts. It was a straightforward trip once we got the car jump started!

On arriving at Morukuru, a 5-star lodge, we were immediately treated to an incredible lunch before heading out on our first evening game drive. This is when the real magic began. 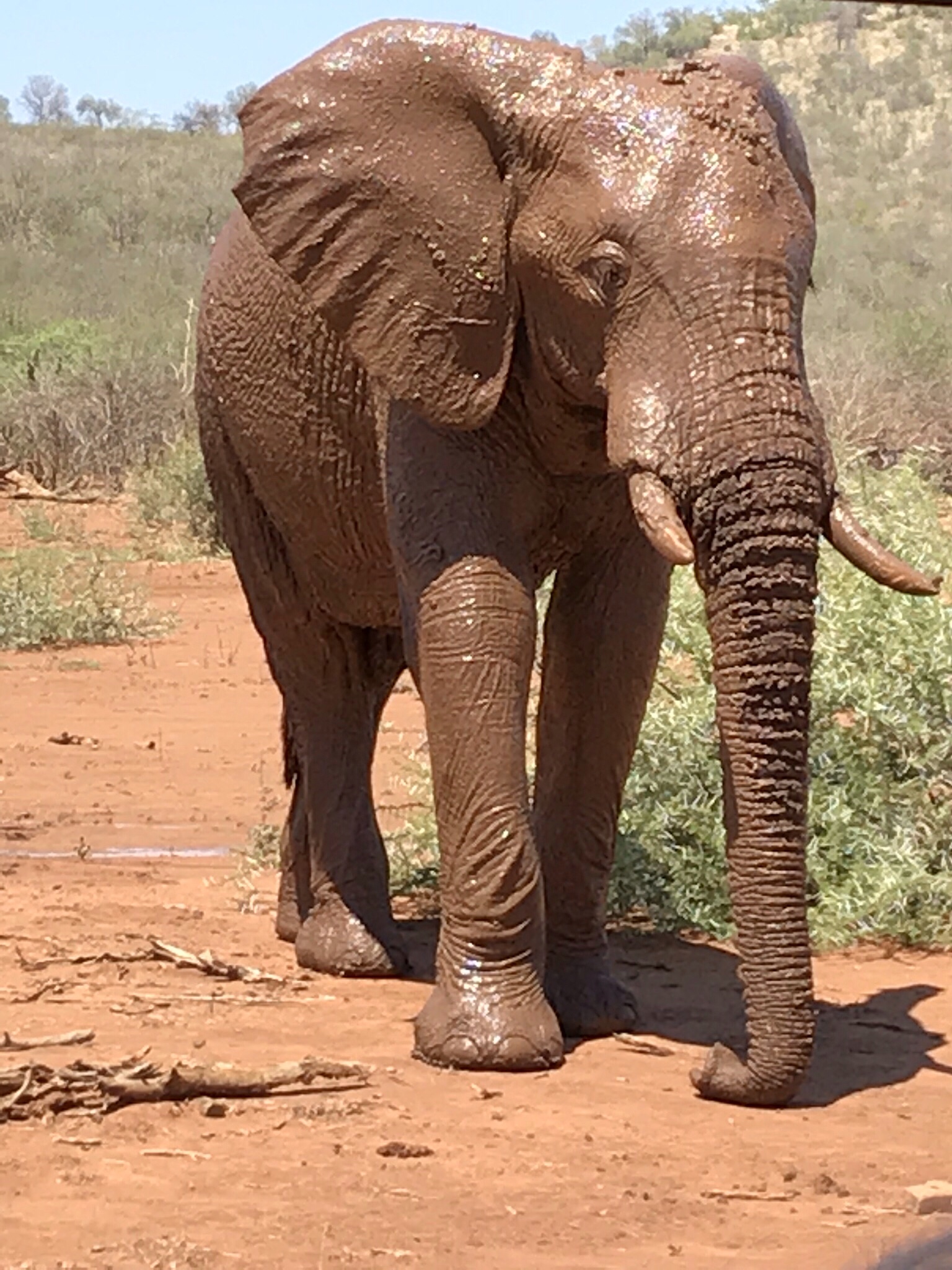 For four days I was “gob smacked”, as we bumped along in the jeep there was one exhilarating animal sighting after another. We saw a pride of lions, packs of wild dogs, towers of giraffe, dazzles of zebra and herds of elephants and herds of impala. Rhino, cheetah, buffalo, hyena, warthog, they were all waiting for us. 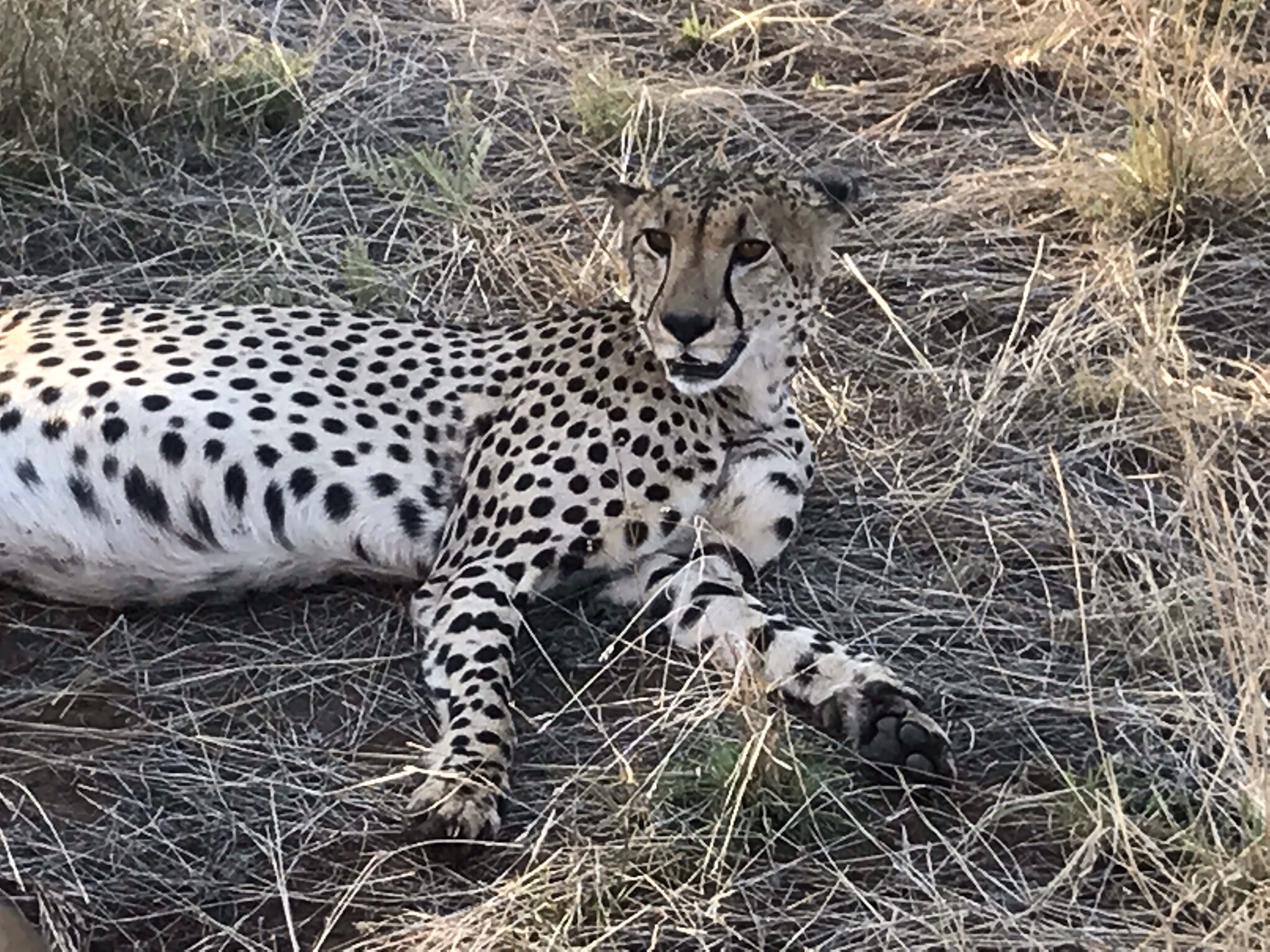 As it was spring, we encountered many babies. Lots of baby impalas, a pregnant giraffe and even one zebra learning to stand for the first time – a precious experience. Baby warthogs are just not as cute as lion cubs!

With a mix of Americans and South Africans in our group, the dinner conversation was lively. We were lucky to have Clive, Liz’s cousin, join us at Morukuru. His background in conservation gave us solid insight into the sustainability of the bush. We had much to discuss from local politics to animal conservation to stories from the old days. We enjoyed South African wines and gourmet dinner with a local flair, all served by sweet genuine staff. The Africans are beautiful. 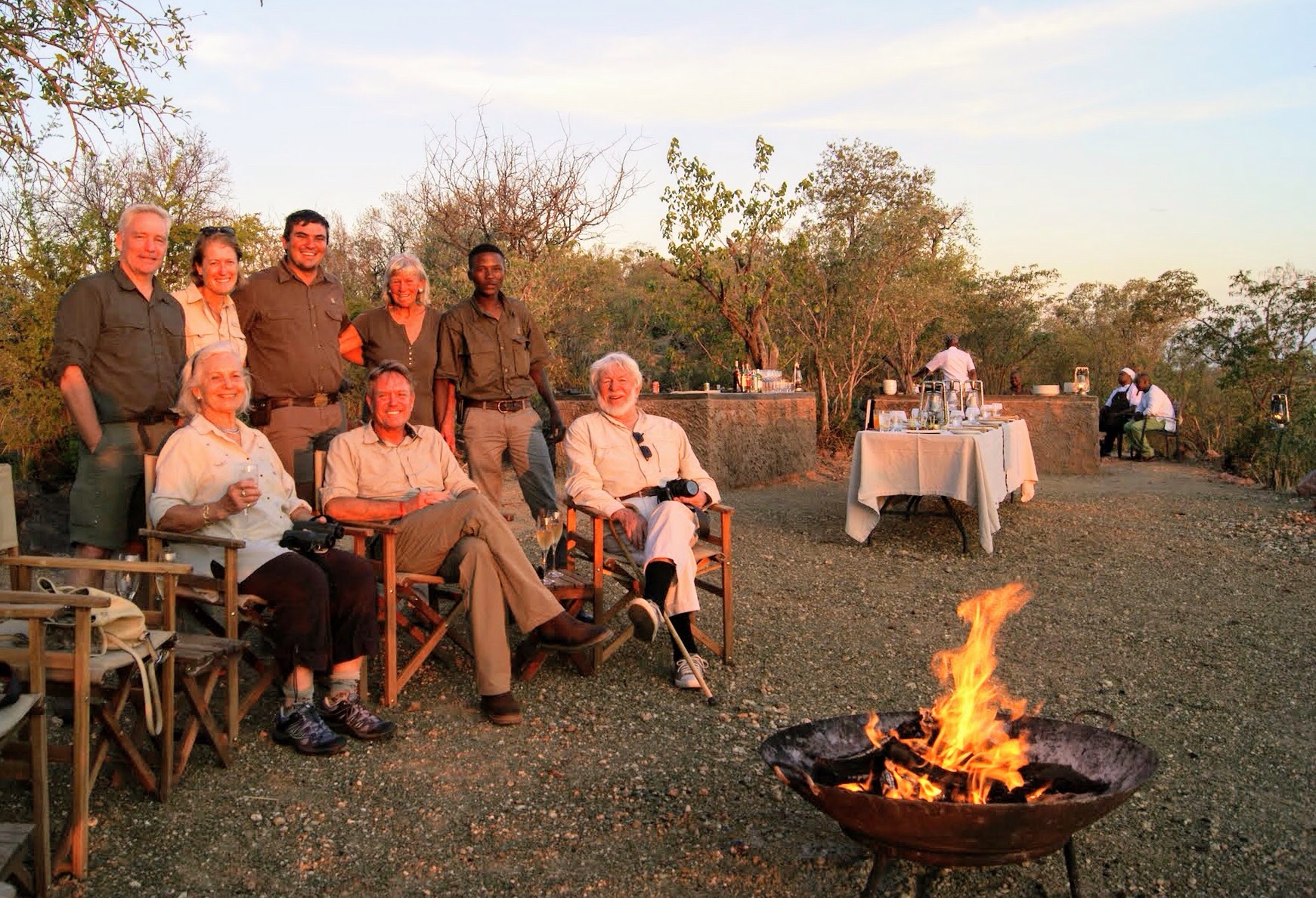 The lodge was impressive. An infinity swimming pool allowed me to burn 10 calories before the next meal. And the private outdoor shower and patio for each room was a treat after a day of red African dust. I felt very spoilt.

All in all, we saw four of the Big 5 – elephant, lion, buffalo, rhino. Truly it was not what we saw but how I felt when we saw the animals. The intense feeling of awe as I witnessed these amazing creatures in their natural habitat; watching them lope, leap and glide through the bush. I’m at a loss for words to describe my experience, except to say “Africa got under my skin”! 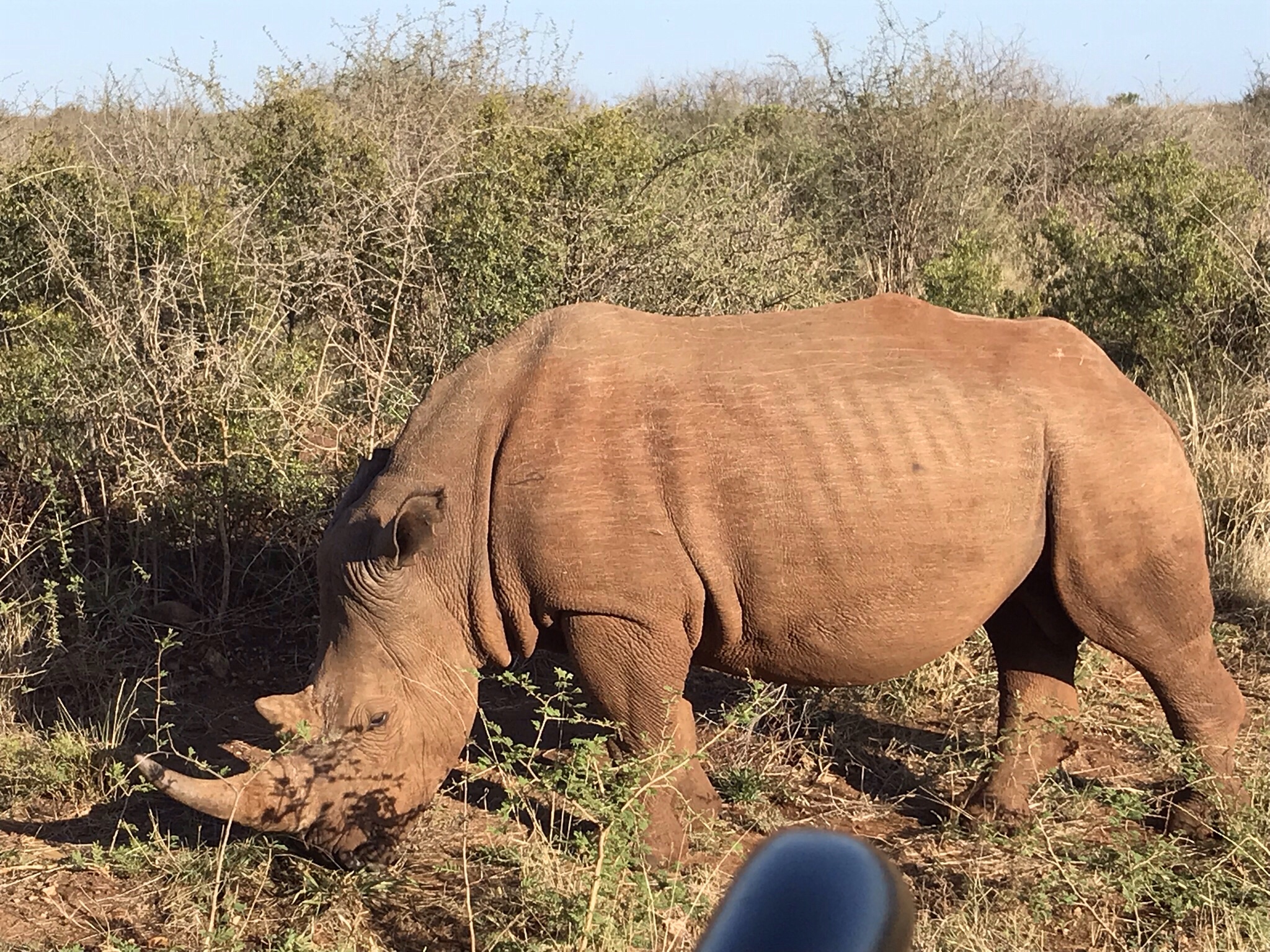